On July 13, a number of prominent politicians came to the steps of New York’s City Hall on WBAI’s behalf to ask the Empire State Building Realty Trust to be a good corporate citizen and negotiate in good faith with Pacifica to resolve the long-term antenna lease at quadruple the market rate. 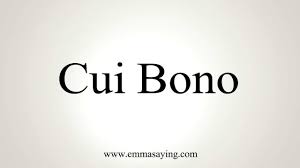 KPFK Local board member Myla Reson videotaped the treasurer’s report from the KPFK local station board meeting, after a brief interruption when bookkeeper and gadfly Bella De Soto tried to knock the camera out of her hand.

The videotape includes treasurer Fred Blair’s report and follow-up comments by former treasurer Kim Kaufman. which are trenchant, on-point and very worth your time to listen to.

This twelve-minute video contains an explanation by 2009 IED Grace Aaron on the Pacifica elections process and how you can participate. The audio originally aired on “Connect the Dots”, an LA public affairs program hosted by Lila Garrett, and is now available on Youtube with added graphics.

While some of the information is LA-specific, much of it is applicable to the elections in all 5 signal areas and we highly recommend watching and sharing.

Remember, the membership deadline is July 14th, so if you have not pledged in the last year, please do so at your station’s website before July 14th. A pledge of $25 or more will earn you a vote.

These are clips from the security camera in the lobby of Pacifica’s Los Angeles station detailing the before, during and after an incident of physical handling of a staff member by a board member, who was later suspended and then removed from the board and banned from the station.

These are three clips from the same 34 minute long security camera film. Date and time checks are on the video clips. This first one is a few minutes prior to the physical encounter with KPFK IT director Jonathan Alexander, an employee for more than 8 years. The second details the incident itself and the third is shortly afterwards.

Communities for a Better Environment Richmond campaign coordinator and KPFA host Andres Soto speaks at the San Francisco Labor Council about the programming he and his Morning Mix colleagues were creating for KPFA and Pacifica on July 14, 2014.

On Saturday May 31, 2014 community supporters of KPFA and KPFA workers spoke out at a rally to defend the Morning MIx Shows and also to stand up for the unpaid staff who produce 60% of the programming at the community station. Local community programmers are being threatened with the loss of their shows by a management that disregards their labor and work. An imported show from Los Angeles called “Uprising” by Sonali Kolhatkar has been replaced 5 local community shows which cover labor and many community events at prime time. The KPFA workers also discussed the lack of support for the unpaid staff by management versus the treatment of the paid staff.

To support the “Morning MIx” shows a petition is being circulated
“Bring Back The Morning Mix”
Online Petition To KFPA Pacifica Management And Board Chair
https://www.change.org/petitions/rich…
Online Petition To Sonali Kolhatkar “Don’t Replace The Morning Mix”
https://www.change.org/petitions/sona…
Production of Labor Video Project. www.laborvideo.org

Pacifica radio is the most important alternative radio network in the United States and provides the most labor programming of any broadcast system in the country. In most cases it is the only alternative broadcast voice nationally on the air.

This presentations and discussion looked at the ongoing occupation that has been been taking place Pacifica Foundation offices for weeks after the firing of Executive Director Summer Reese.  Speakers also addressed the financial crisis, transparency and accountability – discussing how it is possible to solve the crisis and improve KPFA and the Pacifica Network.

The forum was held at the Berkeley Federation of Unitarian Universalists at 1924 Cedar Street in North Berkeley. 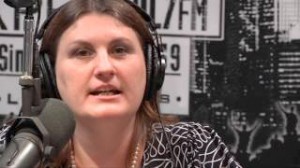 Summer Reese is interviewed about the occupation and what she believes the issues are. The interview was done on March 31, 2014 by Steve Zeltzer. Margy Wilkinson, the present Chair of the Pacifica board, was unavailable for an interview on her point of view.