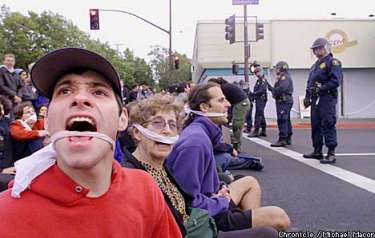 Berkeley– On December 20, the Pacifica National Board considered the new set of bylaws initiated by the Pacifica Restructuring Project to gut the democratic reforms introduced in 2003. The new set of proposed bylaws, which were written by a small group of people primarily in Berkeley, with a few helpers in Texas and LA, would return the Pacifica network to a majority of self-selected individuals on the board of directors.

Supported by a membership petition signed by 1% of Pacifica’s overall contributing membership, the Pacifica Restructuring Project went to court to force this vote. Their lawsuit (technically an alternative writ of mandate) was filed in Alameda County Superior Court on the auspicious date of October 7th, the same day that former Pacifica IED John Vernile and two directors from Texas, Adrienne LaViolette (who just resigned from the Pacifica National Board) and Bill Crosier, swept into New York City and took WBAI off the air, setting up a month of legal battles that ended on November 6th, when NY State Supreme Court judge Melissa Crane returned WBAI-FM to the air.