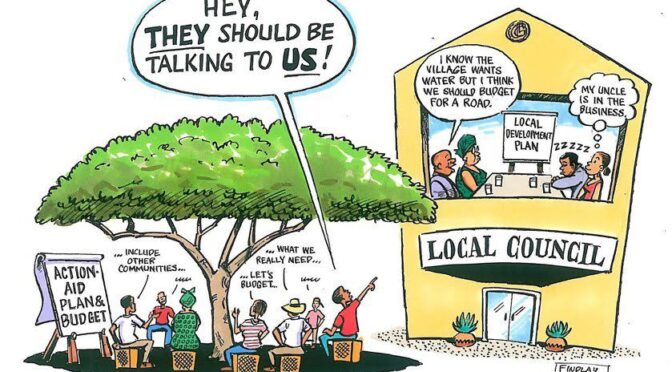 Many of Pacifica’s members received a letter from KPFK programmer Ian Masters, who hosts Background Briefing at Pacifica’s LA station. While the upcoming bylaws referendum redux will lead to many, many, many letters to the members filled with questionable, if not downright false assertions, and it would probably be tiresome to rebut them all, this particular one is so convoluted that it deserves a response. For anyone who doesn’t have it or doesn’t have it handy, we have placed a copy here for your reference.

Masters begins his screed with the “shocking news” that KPFK programmers have been told that a fund drive is coming up in May of 2021 and the station’s employees have been told they have to raise $650,000 in the May fund drive. This shouldn’t have been overly shocking since Masters has been a five day a week programmer at KPFK since 2009 (and a one day a week programmer since 1980) and KPFK always has a fund drive in May and that fund drive always has a goal between $500,000 and $750,000. Every single year. Along with similar fund drives that generally occur in February, August and October.

The goal of each fund drive is to raise all or most of the station’s expenses of around $240,000 a month or $720,000 a quarter. If that money isn’t raised during the fundraising marathon, then the station will not have enough money to pay its bills. That is the reality of listener-supported radio, and it has been for a very long time. It’s not very shocking at all.

Masters then goes on to state that something untoward has happened with the Paycheck Protection Program loans that were secured by the Pacifica Foundation to offset some of the financial pain caused by the pandemic. With the time spent making vague accusations of derring-do, Masters could have exercised his journalistic muscles by looking at Pacifica’s financial statements. Had he done so, he would have seen a line item for Misc/Other income where the allocation of the first PPP grant (which has been fully forgiven) to the stations are recorded:

Anyone with basic skills should have been able to see that from doing straightforward research, yet Pacifica members receive this gobbledly-gook that is unworthy of the name “journalist”. If you would like to test your own spreadsheet reading skills, we’ve placed the profit and loss statement as of 2/28/2021 here.

Masters goes on to “point at WBAI management” for the catastrophic Empire State Realty antenna contract in New York, whose last 4 years of payments constitute the principal of the $3.1 million dollar loan, now held by FJC, a New York-based philanthrophic trust. But he points erroneously because the contract was neither negotiated nor signed by “WBAI management”. It was negotiated by then ED Dan Coughlin (who resigned a few months before it was signed off on) and Pacifica’s FCC attorney John Crigler, and ratified by the Pacifica National Board. The contract was foolish because it contained a ruinous escalator increase of 8% a year for 15 years and while expensive when signed, it would become completely unaffordable by the end of the contract when payments would be in excess of $75,000 a month. (For comparison, Masters own station, KPFK, pays less than $100,000 a year to broadcast from Mt. Wilson or approximately $8,500 a month). Had his own station been saddled with that contract, it would have been spewing as much red ink as WBAI. So Masters points the wrong way, obfuscating the truth instead of illuminating it.

In a more conventional nonprofit, and at Pacifica prior to the 2003 democratization, appointed board members (mostly friends of, or recruited by, sitting board members) are most affected by the nonprofit’s largest donors or funders, who essentially enable the organization’s activities and have the ability to whisper in the ear of the board members. Pacifica’s democratization process turned that upside down by assigning one member, one vote. No matter whether you donate $25 a year, $2,500 a year or $25,000 a year, that still buys exactly one vote in the delegate elections. Everyone has an equal amount of voice, whether rich or poor, if they choose to be a member. Masters may not like how others have used their voice and the delegates they have selected, but ranting aside, the control lies with members and with no one else.

Masters refers to the threat of a corporate takeover of the nation’s only media network not owned by the government or corporations, as “tired lies” and to “white elitism” as a “racist trope”. But these things are real threats to people-powered media and community organizations of all stripes. Many, if not most, community organizations face pressures to sever their connections to the grassroots and distort their missions to bring in the big money. And all organizations, from huge corporations to small nonprofits are struggling with how to root out white supremacy and provide a welcoming workplace to all. Masters is blithely dismissing central governance concerns for all community-based organizations.

Masters carries on about “audits”, seemingly unaware that in addition to the annual financial audits (which are finally caught up on after a painful delay that began with the 2014 management coup by Margy Wilkinson), Pacifica has already been audited by the CPB (in 2011), and by the California Attorney General (in 2014-2015). Pacifica’s financial audits are posted as well on pacifica.org. All you have to do is look at them, a step which a person entrusted with the role of explaining the affairs of the world to listeners, should not neglect.

Had Masters not neglected that step, he would understand what has happened to his own station, KPFK. In 2019, KPFK generated $2.5 million dollars in listener donations during fundraising marathons. The station also benefitted that year from a generous bequest gift from a deceased listener’s estate of several hundred thousand dollars which allowed it to meet an almost 2 million dollar payroll despite its listener support level being only $2.5 million.

But in 2020, the wheels fell off and listener support dollars from the fundraising marathons declined to $2.1 million, a drop of $400,000 in a single year. And no listener died and left the station hundreds of thousands of dollars in their will in 2020. This is all understandable. LA was hit hard by COVID-19 and lots of people lost their incomes and many more tightened their belts. But KPFK had a $2 million dollar payroll and paying it meant there was not much left to pay for telephones, office supplies, tower rent and utilities or premium gifts. KPFK posted a huge divisional deficit of -($697,000) in 2020.

What this meant in practical terms was not that Ian Masters didn’t get paid. Employment is a contract. But KPFK was completely unable to pay for joint Pacifica expenses including auditor fees for the annual financial audits, legal fees, FCC compliance services, payroll administration, insurance, Audioport (the system that distributes Pacifica programs to the 200+ affiliated stations) and satellite fees – the parcel of expenses that are paid jointly as central services. KPFK had no money left. So rather than the Pacifica Foundation stealing KPFK’s money, as this fevered rant wants to suggest, KPFK had to be subsidized in 2020. And for the first five months of 2021, the fundraising results have been at that same inadequate 2020 pace. The station is out of money because its expenses are as high or higher than the revenue it has been able to raise. Just like you would be at home if your job paid you $4,000 a month, but your rent and food came to $3,800 a month.

If that is you, (and it might be, LA has some of the highest rents in the nation), you can probably see that words in a bylaws charter would not fix your problems. You kinda have to either increase your salary or reduce your expenses.

So yes, donate to KPFK to help it out of a tough spot, but don’t fall for the bylaws flim-flam. Nothing about changing bylaws changes a profit and loss sheet.

And don’t give away your voice and local control of KPFK by delegates you directly elect. Organizations must actively work to stay connected with the grassroots. Lew Hill said that noncommercial radio was an interactive dance between broadcaster and audience, not just an exchange of currency, but a participatory dialogue between the broadcasting organization and the audience that supports it. That participatory dialogue should take place on-air – and off-air via governance. Don’t stop worrying about corporate takeovers or white supremacy. And vote no on the New Day bylaws.

One thought on “The Confusion of Ian Masters”