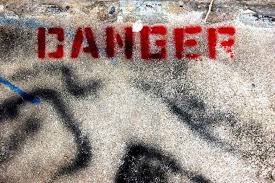 Berkeley – An agenda has been released for the May 15 KPFA local station board meeting. This is the first meeting since March 20 and the next one will not occur until mid-July. Disappointingly, the agenda contains basically nothing but a multi-hour discussion of the “New Day” bylaws proposal. The local station board’s vote on the proposal is meaningless as its fate will be decided by a membership referendum to be held in June. The outcome should be predictable as all 4 of KPFA’s Pacifica National Board representatives, from all factional groups, already voted no in the earlier meaningless vote held by the Pacifica National Board on April 15. In that vote, the “New Day” bylaws proposal was defeated by a 16-4-1 vote, and received zero votes from the Berkeley, New York and Washington stations. 75% of the 4 support votes the new Day proposal received were from KPFT in Houston. So the outcome should not be in doubt, unless some KPFA local station board members choose to vote differently on the local level than on the national level.

While that may sound bizarre on paper, it is not impossible due to some confusion that seems to be going on in the Save KPFA/UIR/Pacifica-Safety-Net/New Day/Protectors circle. (We’re sorry – they keep coming up with new names for themselves). Andrea Turner, a Save KPFA-affiliated representative, and one of the Pacifica Safety Net plaintiffs who tried to get the Foundation’s assets transferred to a San Bernardino attorney in December, voted no on the national level. However, the website that supports her lawsuit and raises money for it (pacificasafetynet.org) is advocating for a yes vote on the New Day bylaws proposal.

This is not the first time that mixed messages have been put out by the Safety Net. As we previously reported, the Safety Net plaintiffs, in legal papers filed under penalty of perjury, leveled charges of financial impropriety and illegal self-dealing against Jan Goodman, a former PNB member from LA. The “New Day” bylaws would install Goodman as the vice-chair of the national board for the next three years. So in short, the Safety Net website is advocating for you to vote to place someone in a national officer position for three years that they are accusing of illegal acts. (As we said at the time, the Safety Net charges against Goodman, are factually inaccurate, but if we had alleged them in court, then we would not consider her an appropriate choice as a board officer for the next three years).

The craziness does not stop there. At the March KPFA local station board meeting, New Day’s Carol Wolfley and Safety Net’s Donald Goldmacher launched a virulent attack against the Green Party, which, as many noted, had overtones of McCarthyism. While we always try to snip the audio, the 4 hour length of the meeting has made that difficult, so we are providing a transcript of the referenced discussion. Here is what Safety Net plaintiff Goldmacher said:

Goldmacher’s ranting is even stranger given the context of his own involvement in KPFA, which sprung from his long-time membership with the Wellstone Democratic Club, which has long sent many of their members to serve on the KPFA local station board, including Goldmacher himself, Matthew Hallinan, Jack Kurzweil, Mal Burnstein and Pamela Drake, all of whom served as officers of the political club and promoted its “agenda”.

Those in glass houses ….

If you want to watch the lengthy debate on the New Day bylaws at the KPFA local station board, the meeting information can be found here.  Pacifica in Exile’s article on why the New Day bylaws are as bad as the previous bylaws referendum that was voted down overwhelmingly by the members, can be found here . We also encourage you to take a look at the websites at pacifica-democracy-project.org where you can sign a petition to keep the Pacifica Foundation intact and democratically run and pacificafightback.org. Among the prominent endorsers of a no vote on the New Day bylaws are actor Danny Glover, imprisoned activists Mumia Abu-Jamal and Leonard Peltier, Deep Dish TV co-founder and Paper Tiger TV founder Dee Dee Halleck and former Pacifica Network News anchor Verna Avery Brown.