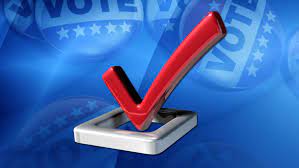 Berkeley – As you’ve probably heard by now, the New Day Bylaws were defeated in the just-completed referendum with a rejection by the staff member class of 58% (No) to 44% (Yes). 76% of the listener members did not vote in the referendum, but of those who did, 56% supported the proposed new bylaws. This outcome has led to much knashing of teeth from New Day and the Pacifica Safety Net, with loud angry posts about a “staff veto”. This is bizarre for a very simple reason.

The New Day bylaws amendment proposal retained the referendum rules of the current bylaws and would have strengthened the “staff veto” by sub-dividing the staff membership class into two different classes, a paid staff member class and an unpaid staff member class. Both or either of these classes of members could have, under the New Day set of bylaws, vetoed any new amendment that affected staff voting rights.There is something a bit wacky about complaining about a clause that they not only didn’t remove in their own bylaws proposal, but made more stringent. Since there are only about 90 paid staff, and about half of them vote, a bylaws amendment under Jan Goodman and Sharon Kyle’s proposed New Day bylaws, could have been “vetoed” by as little as two dozen paid staff voting in their own little class. In fact, it would have been even worse than that. A new clause added to the bylaws amendment section of the New Day Bylaws adds this poison pill: if the members suggest a bylaws amendment by petition and the PNB does not approve it, it would require a 3/4 approval vote. Yes, you heard that right. Under the New Day bylaws, Goodman and Kyle’s referendum would have lost the listener vote, since 56% is not 75%. Apparently, they wouldn’t want any bylaws referendums from the members they didn’t like if Goodman and Kyle ran the PNB. The angry emails and posts are disingenuous.

But the language in the Pacifica bylaws (all versions) about members voting in classes wasn’t invented by Pacifica. It’s in the California Corporations Code Section 5033-5034. The literal meaning of “class of members” in not for profit law is the ability to vote on matters as a separate class.

The New Day saga seems to have taken a toll on Sharon Kyle’s own nonprofit, the LA Progressive, an op-ed website, which has been sending out an ardent email asking for money Titled “We’re in a Pinch“, the email states:

What is LA Progressive to do? Cut back on our publishing schedule? Scuttle our webcast plans? Limp along?

No, the answer is for readers to donate more to the LA Progressive, which competes in the same market with Pacifica’s KPFK-FM.

Speaking of money, we don’t have any updated financial statements for you. What we do have is a worksheet from PNB member Chris Cory attempting to chart financial trends for 2020-2021, excluding the influx of Paycheck Protection Funds (PPP). That worksheet describes KPFK as the leading source of financial distress in the network, and identifies KPFA as the unit with the largest downward profit trend over the past 18 months.

The losses at KPFK have been alarming, and we appreciate the work of the PNB to try to stabilize the unit. That said, we think a current proposal to remove accrued severance pay beyond 4 weeks for long-term employees at KPFK goes too far, although we would support limiting severance pay for new KPFK employees going forward. We also point to Roy of Hollywood’s long standing monetization of the overnight hours as a unique accomplishment within Pacifica and something KPFK should retain. We hope the PNB and SAG-AFTRA can work together to make reasonable expense cuts at KPFK.

Finally, we should observe that KPFA’s local station board met. Mostly in executive session where they spent their time censuring one of their minority members, James McFadden, for a satirical response to a Counterpunch article from Pacifica Safety Net’s Sherry Gendleman. Gendelman’s article oddly blames Carol Spooner exclusively for the 2002 bylaws, although Gendelman herself was a plaintiff in the lawsuits that led to them. It also rehashes the meaningless attacks on the Green Party and Workers World Party, but leaves out the Committees of Correspondence which played a much larger role in Pacifica’s democratization effort. Gendelman throws  “Scientology”, “Goebbels” and “dark money” into her trigger words, blames “democratization” rather than PNB chair and IED Margy Wilkinson for the 2014-2015 audit delay, and advocates again for a receiver to take Pacifica away from the members. McFadden’s reply, which simply calls out the hyperbole in Gendelman’s article, earned him a board censure from KPFA’s Save KPFA/UIR faction. Apparently, the magic words were referring to the $80,000 KPFA secretly transferred to the attorneys trying to shut down WBAI in 2019.