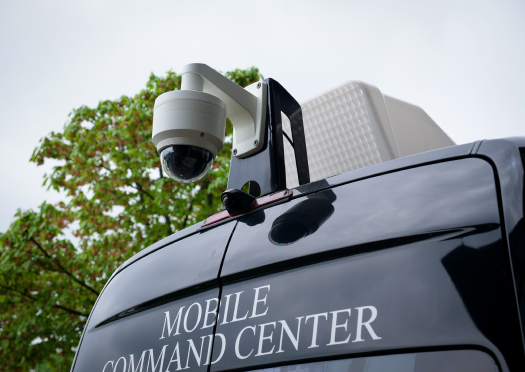 Berkeley-The full transcript of the November 6th court hearing that reversed the shutdown of WBAI-FM is now available. We recommend giving it a read. The format is not the best, but the majority of the hearing is captured. You can download it here. It is a reasonably compact (by legal standards) 23 pages. In summary;

The judge began by stating what the case was not about: It was not about the FCC, whether business decisions are good or bad, employment law or Trump. It is about whether factions within the board of directors held the proper votes.

It is really Pacifica’s bylaws that govern this dispute and that’s what I looked at in reaching my decision.

By respondent’s logic, anyone with a differing opinion than those of the executive director and the chair would have a conflict of interest. A difference of opinion is the very reason for a vote. Instead, here, respondent used the difference of opinion to claim a conflict existed and disenfranchised those board members as a result. And, by that logic, if the reason for shutting out the New York directors centers around WBAI’s impact on the rest of Pacifica, then really every director has an interest in the outcome of the vote. So nobody could vote. The vote of October 12th was therefore conducted in violation of the bylaws and disenfranchised members whose vote would have made a difference in the outcome of the vote. Therefore,that vote must be set aside.

The meeting of October 20 was noticed sufficiently in advance. Moreover, also so that we don’t elevate form over substance, nothing in the record indicates that the Vernile faction of directors did not receive notice and an opportunity to be heard. They did and they squandered that opportunity.

The actions of persons employed by Pacifica has been ultra vires, and possibly bullying. This is demonstrated by declaring a conflict when there was none and preventing those members from participating by muting their lines without warning.

I think it is time to get WBAI back on  the air and back to fund-raising. I am therefore putting back into place the TRO that Judge Nervo granted.

So here’s the thing. I don’t like to elevate form over substance. It is like a thing of mine. And I think here to do that would render a great injustice because what disturbs me about this, honestly, is the disenfranchisement of [directors] under the guise of a conflict of interest. It is trumped up. It seems that it was forced through by cutting off people’s rights.

WBAI resumed broadcasting on November 7, 2019, a month to the day after the raid and shutdown. We note that Pacifica’s democratized bylaws, whose fundamental modus operandi was to prevent another shutdown like that endured by KPFA in the summer of 1999, worked as intended. The judge stated her decision was governed and guided by the 2002 Pacifica bylaws.

It is perhaps not a coincidence that some, although not all, of the support for the proposed bylaws amendment comes from the same board faction that acted to shut down WBAI. The bylaws amendment, which the Pacifica board has been forced to entertain in 2019 by the secret lawsuit, remains on notice at www.pacifica.org through December 20, with a vote by the PNB to be scheduled shortly after the 20th of December.

The majority of the Pacifica National Board is attempting to assess the financial damage from the WBAI shutdown. It’s early, but some figures are starting to emerge. WBAI lost a third of its sustaining monthly donors (called BAI Buddies) during the month of October when the station broadcast piped in content. The proceeds from WBAI’s first few days of an interrupted fund drive totaled $32,000 and were directly transferred to the Pacifica National Office, where they were used to pay for the costs of the shutdown, including a tower payment of $15,000, a payment to former corporate counsel Ford Greene of $13,000 for WBAI legal work, $10,000 in travel expenses on a corporate credit card, and a $2,000 payment to a NYC private security firm Brosnan Risk Management.

While it is a relatively small amount, it bears noting that Brosnan, is best known for their “SmartTrucks”, which are surveillance vans. The firm runs a high-tech command center which proactively monitors thousands of camera images with cutting-edge video analytics, instantly analyzes thousands of streams of public data, and transmits and receives relevant data from government agencies. The firm also “maintains strategic relationships in Africa, Eastern Europe, Jordan, Iraq, Japan, Saudi Arabia, United Kingdom and Russia.”

About their “SmartTrucks”, the company stated in June of 2019:

Considering the varied threats we face from criminals, hostile nation-states, terrorists, and rogue shooters, the ability to visually and electronically ‘sense’ every event and pattern in any physical environment has vast potential to secure businesses, venues, and any type of public or private site and make America safe again”.

It is a bit unfathomable that an organization with Pacifica’s history of supporting dissidents and activists would contract with a surveillance state firm to protect its executives from Pacifica workers and volunteers.

A discussion forum was held on the current state of Pacifica on November 14th. You can watch the video here.

We promised you some discussion of needed changes at Pacifica. That is still in the pipeline, but due to space limitations, it will have to be forthcoming in a future issue. We also intend to provide more detailed financial information in upcoming editions.