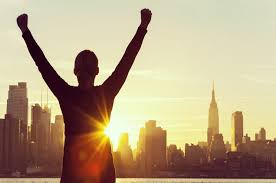 Berkeley-On November 6, 2019, NY State Supreme Court judge Melissa Crane reinstated in full the October 7 temporary restraining order against the Pacifica Foundation and required the brand new interim ED John Vernile and a portion of the board of directors to stop piping in reruns on WBAI’s transmitter and return the station’s bank accounts, web page and airwaves to the WBAI staff and local board. WBAI began broadcasting at the stroke of midnight this morning.

Judge Crane also declared the national board meeting of October 20th to be properly noticed and valid and all motions therein passed and binding upon the Foundation per the bylaws. Those motions included:

3. Terminating the legal relationship between Foster Garvey and the Pacifica Foundation

4. Terminating the legal relationship between Ford Greene, corporate counsel, and the Pacifica Foundation

5. Removing Sabrina Jacobs as vice chair of the Pacifica National Board

6. Removing Bill Crosier as secretary of the Pacifica National Board

7. Allowing all elected directors to vote on any matters relating to WBAI-FM

According to eyewitness accounts, the judge affirmed that the federal courts lacked jurisdiction in the case, referred to the prevention of elected directors Sagurton, Steinberg, Aaaron from voting on conflict of interest charges to be “trumped-up” and affirmed that no conflict of interest existed. The judge also stated that interim ED John Vernile was not complying with the organization’s bylaws.

What the public needs to know most is that WBAI was not taken off the air by Pacifica: The Pacifica National Board acted quickly to immediately reverse the actions of the group of rogue individuals who unleashed their attack in secret shutting down WBAI. What is most frightening is that, with our station seized and taken off the air, we were unable to broadcast to our listening community facts about what actually happened. Now, resuming our normal local broadcasting, we will able to get the word out about this and other important issues..

The actions taken by the renegades have, unfortunately, been extremely destructive, not only to WBAI, New York’s Pacifica Network terrestrial radio station but also to the entire Pacifica Network. The silver lining, however, may be that with the extra attention that WBAI’s shut down garners, WBAI, whose listenership has been resurging, will be become stronger and more listened to than ever. We look to bring back all our old listeners and as well as adding new ones who look for voices that represent their concerns and communities. WBAI 99.5 FM is the only exclusively listener supported radio. That listener support will be especially important as we seek to recover from the setback of this attack.

Judge Crane’s decision follows internal resolutions by the local station boards at KPFK, WPFW and WBAI, the national finance committee and the national governance committee to restore WBAI to local content and control and reject a nonsensical business plan for “Pacifica Across America” programming that relied on raising $400,000 a year on-air from NYC listeners for piped-in content.

An in-depth examination of cash flow problems at the Pacifica National Office demonstrated that the primary reason for the shortage was the acquisition of outsourced accounting firm NETA at great cost without commensurate reductions in the national office division’s payroll, which went up by $162,000 from 2018 to 2019. The large new monthly expenses were added without an additional source of revenue.

The last edition of Pacifica in Exile titled “Comrade Goldmacher Wants Your Money” highlighted a fundraising appeal by PNB member and coupster Donald Goldmacher that he sent to a mailing list that he addressed as his comrades. Goldmacher requested that they dig deep to provide him with funds to hire to an expensive “connected corporate attorney to bring the board to a standstill”. There are a few updates to make on that matter.

Firstly, PNB rep Chris Cory from KPFA has notified Pacifica in Exile that his signature was appended to Goldmacher’s letter without his permission or knowledge.

Secondly, for those few readers who expressed distress regarding perceived redbaiting in the spoofing of Goldmacher’s use of terms like comrades and solidarity to describe his corporate-raider style plan. the NY headquarters of the Communist Party USA sent a small donation to Pacifica in Exile following that edition, so be comforted that the CPUSA was a) not supporting the shutdown of WBAI and b) can take a joke.

We have several suggestions for the path forward for Pacifica and will feature those in the next edition.