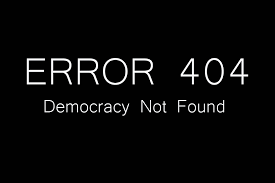 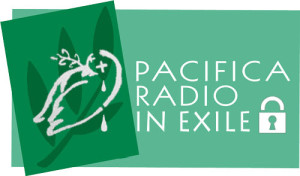 Berkeley-In the wake of the overwhelming election victory for the Committee to Strengthen KPFK and the rejection of current IED Lydia Brazon’s handpicked slate by KPFK’s donors (depending on how you count the votes, Brazon’s slate held 3 or 4 of the 18 seats up for grabs), the Siegel/Brazon faction has resorted to numerous shenanigans to retain control of the foundation after their April 2014 coup.

First, they shoehorned in 2 affiliate directors with no official call for nominations and with neither candidate sponsored by a station with a current affiliate agreement with Pacifica.

Then, the NY wing of the faction attempted to replace terming out staff delegate Janet Coleman with the third runner-up from the 2012 election results instead of the runner-up from the current 2015 election results, which were released on January 13th. The brazen move by the NY Siegel/Brazonites who would be in a 13-11 minority on the new local board in NY, disrupted the last NY local station board meeting to the extent that police had to be called to quiet an altercation.

On Thursday evening, the national board convened an “emergency meeting” in order to have the current termed-out majority (who lost 6 out of the 8 elections held at 4 different stations)) endorse the WBAI mis-seating over the expressed preference of the voters. (Kilgour ran again in 2015 and received 4 votes from WBAI staff and came in 7th). The decision by the board majority is absurd, since the new election results came out over a week ago. It represents a clinging to factional power despite the results of the election and the statement by the WBAI staff about who they want to represent them. KPFA’s local station board, facing a similar vacancy in December, did not seat the runner up from 2012, deciding to wait till the new election results came out. KPFK did the same with its SIX delegates who termed out in December of 2015.

Other election concerns include a discepancy in results at LA station KPFK where results from election vendor Simply Voting differ from those issued by bylaws-approved election software Choice Plus Pro, the Voting Solutions product that was the first choice software used in a governmental election. The discepancies between the software protocols focus on vote transfers of “extra votes” after candidates are already elected by meeting the threshold of votes needed to seated. Simply Voting transfers votes to candidates who have already met the “elected” threshold and then transfers them again, while Choice Plus Pro transfers surplus votes directly to candidates who have not yet met the threshold for election. Pacifica’s bylaws indicate in the “Voting Methods” section Article 15, Section 5-1(a) that “votes may not be transferred to candidates who have already been elected”, stating clearly which method must be used. The impact of using the bylaws-mandated vote counting method would be to seat Mike Mora instead of Aryana Gladney.

Finally, after the electiion supervisor disqualified radical lawyer Lynne Stewart’s nomination papers on the basis that she was not a member of WBAI and thus not eligible to run Stewart ran as a write-in candidate and won election. However, Pacifica’s bylaws indicate in the “Delegates – Eligibility” section Article 4, Section 2(a) that delegates (local station board members) must be “listener-sponsor members in good standing”, which the election supervisor had already stated Stewart was not when she rejected her nomination papers.

The election supervisor seems to have dug in and issued a certification memo despite several discordances with the network’s bylaws in her announced results. The shenanigans probably mean the election results will end up in court once again, a Florida-like scenario the network can ill-afford.

The network’s new CFO Sam Agarwal made his first public appearance at Tuesday’s national finance committee. Agarwal announced that he was “taking” the books from DC station WPFW and NY station WBAI and relocating them to the Berkeley national office because he did not believe they were being adequately maintained. In response to a question from KPFT treasurer and former PNB vice chair Bill Crosier about the failures to reconcile station bank accounts with the Memsys donor database (none of the stations have done so according to the last auditor’s management letter), Agarwal stated that practice “opened doors to manipulation and outright fraud”.

More alarmingly, Agarwal indicated he was developing a plan “behind closed doors” to reduce the network’s dependence on listener support monies and suggested the network’s budget for the current fiscal year may be unnecessary and can be replaced by “innovative thinking”. IED Brazon moved to adjourn the finance committee shortly after Agarwal’s report, but the committee continued to meet for another hour to approve minutes. A brief clip from the meeting can be heard here. The finance committee does not plan to meet again until February 9th.

Outgoing board member Stephen Brown wrote a long breakdown of the Pacifica history of the majority’s lawyer (and factional leader) Dan Siegel. While very long, the document is impeccably researched and deserves your time to read it. Among other previously unavailable information, Brown makes available extensive documentation from the sexual harassment case against KPFK general manager Eva Georgia in 2007-2008 including sanctions and misconduct by Siegel as Pacifica’s attorney/ED/HR director/investigator/election supervisor.

Brown also levels and can document explosive charges that Pacifica’s first board chair Leslie Cagan was having her living expenses paid by Amy Goodman’s attorney at the very same time she was unilaterally negotiating and signing without the full board’s knowledge a contract with that attorney to have Pacifica pay the costs for the program’s independent launch. The Democracy Now contract is estimated to have cost Pacifica in excess of $25 million dollars (some say much more) since 2002, with the loss of archival distribution as well as $7-8 million in direct payments and a large debt of $2 million that hasn’t been paid.

The trajectory of the foundation to the brink of bankruptcy over the past 12 years is well-explained in the document. As Brown says in his closing comments:

“You may present yourself as a friend of Pacifica in public, Dan, but, behind the scenes, you and your faction have been raping the foundation as cynically as Bill Cosby seems to have been raping the women to whom he, too, had presented himself as a friend. Isn’t it time to stop, Dan? Or if you won’t stop, isn’t it time for the people who care about Pacifica rise up and make you stop?”

KPFK’s unpopular program change announced the day before the election ended: the substitution of long-time late late night host Roy of Hollywood from midnight to 3am on Mondays through Thursdays, has now been pulled from KPFK’s archives at kpfk.org, presumably to make it difficult to document what transpires.  The replacement, the obscenity-laden “Safe Harbor”, has been using as its theme the FCC term for the late night fine-free period. The rap music and talk programs are thematically connected by their generous use of profanity.  Pacifica in Exile will continue to place archives of each program on Soundcloud.

Here are some samples:

Safe Harbor 1: “Saying Whatever The Fuck They Want”.

The LA station is expected to be functionally insolvent now as it heads into another month long fund drive in the first week of February after spending about 25% of the gross receipts of its December fund drive paying staff tens of thousands in withheld seniority pay that went to arbitration with the SAG-AFTRA union.

If you value being kept up to speed on Pacifica Radio news via this newsletter, you can make a little contribution to keep Pacifica in Exile publishing. Donations are secure, but not tax-deductible. You may make a donation anonymously and/or in memory or honor of a Pacifica-related person of your choice and they will be notified (if we can track them down).

For readers who may wish to do more, any donor to a California-based not for profit organization like Pacifica may file a complaint to the open file at the Registry of Charitable Trusts at the Office of the CA Attorney General. Pacifica’s case number is CT011303. The form and instructions for filing may be downloaded here.