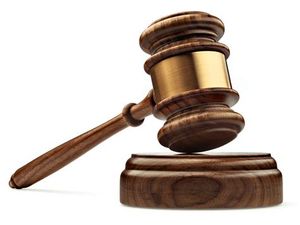 Berkeley – After months of “Stop the Steal” rhetoric, New Day Pacifica’s court appearance came and went with a whimper. After two earlier defeats on motions to move the legal proceedings to Alameda County and prevent the seating of the 2022 KPFK Local Station Board, the court turned down flat a request to overturn the defeat of New Day’s bylaws proposals and to install the New Day proponents as the officers of Pacifica. The court stated the motion was a “thinly veiled attempt to reverse a vote”. On January 21, the court will consider a request to dismiss the New Day Pacifica countersuit in its entirety, leaving intact only the litigation regarding the alleged improper use of Pacifica’s mailing list by New Day.

In other legal news: the Pacifica Safety Net proponents (Donald Goldmacher, Christina Huggins and Andrea Turner) have now requested two consecutive extensions on the filing of their appeal brief after their derivative suit attempting to seize the personal assets of board members was thrown out of court with prejudice. In more signs of disarray from the KPFA LSB majority-affiliated “Safety Net”, their new nonprofit designed to “capture Pacifica’s assets”, is already in delinquent status with the California Attorney General. The AG’s office sent them two reprimanding letters: the first on December 17, 2021 demanding their annual registration and a second one on January 12, 2022 saying their annual registration filing used the wrong fiscal period and did not include their tax return. The second is ludicrous for people stating they are qualified to be the fiduciaries of multi-million dollar organizations. Pacifica Safety Net’s treasurer is Donald Goldmacher, who the KPFA Local Station Board just elected as a director (and fiduciary) of the Pacifica Foundation.

Former ED John Vernile is disputing his termination due to his raiding and shutting down of Pacifica’s NY station WBAI without notice to, or permission from, the Pacifica Board of Directors in October of 2019, and that case is ongoing in arbitration. Because employment arbitration proceedings are sealed for privacy reasons, we cannot link to any documentation regarding the arbitration process.

Besides all the legal stuff, how is the Pacifica Foundation doing? The search for a new permanent executive director, the first since Vernile was fired after the WBAI debacle in 2019, is drawing to a conclusion and there should be an announcement shortly. Since Vernile’s WBAI shutdown was reversed by the NY State Supreme Court and the board removed him, Lydia Brazon has been the temporary executive director.

Year-end financial statements (the fiscal year end was September 30, 2021) are available here. Total revenue across all 8 divisions (the 5 stations – KPFA, KPFK, KPFT, WBAI and WPFW, the Archives and Affiliates programs and the National Office) was $11.764M, total expenses were $11,456M and net profit was $308K. The numbers are impacted by the Paycheck Protection Program grants received by the Foundation and doled out to all 5 stations – resulting in a big revenue increase to the national office in 2020 when it received funding and a reversal in 2021 when those funds were allocated out to the stations. The two stations that posted a loss in 2021, even with PPP funding were KPFT-Houston and KPFK-Los Angeles (two of the strongest supporters of the New Day bylaws revisions) with both stations experiencing catastrophic listener support drops between 2020 and 2021 of more than 20%. (KPFT’s drop was 21% and KPFK’s was 24%). If you go back to 2019 figures, the loss of listener support over the two year period is 31% at KPFT and 37% at KPFK). These levels of attrition are an existential threat to the operations of both stations. The other 3 stations have sustained or slightly grown their listener support numbers over the two year period (KPFA, WBAI and WPFW with KPFA rebounding from an earlier huge drop, WPFW remaining fairly stable and WBAI, slowly but surely, improving their financial numbers and avoiding the large-scale losses of the past). The numbers presented here are tentative and may change under audit review.

Happy New Year to all. Support your local Pacifica station or affiliate at their next fund drive!