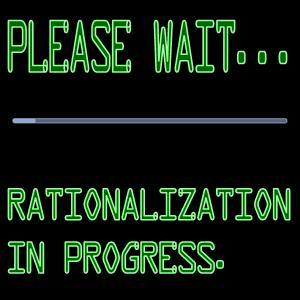 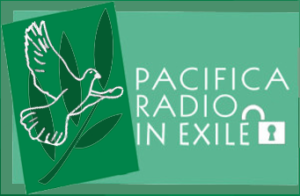 Berkeley-On April 14, Pacifica Foundation interim executive director Bill Crosier released a copy of a document forwarded to him. The document, which had been sent to several celebrities by KPFA local board chair (and Save KPFA-affiliated Siegel/Brazonite) Carole Travis, consisted of a recruitment pitch to join the board of a new nonprofit organization “Big Tent Radio”. According to the document, Big Tent had been formed to recover the assets of the Pacifica Foundation, which include several pieces of real estate in California and Texas, five radio broadcasting licenses, an audio archive and a 220 station affiliate network. The recruitment blurb, which was forwarded by at least two confused recipients, attempted to incite the celebrities with “no time demands” and “no money demands”, and an assurance the network’s debts could be settled by collateralizing Pacifica‘s Berkeley real estate properties. The recruitment blurb said “Big Tent Radio” would make an offer to receive all of Pacifica‘s assets. Travis used the title of “Chair of the KPFA local station board” in her recruitment effort.

Crosier sent out with the recruitment blurb a statement in which he said “Setting up secret organizations behind the backs of colleagues and fellow board members. and lobbying against those trying to save the network breeds confusion, distrust, and disunity when we most need to be supporting each other and this wonderful network of independent media”.

Crosier’s full statement and the mislaid recruitment blurb can be read here.

Some readers may encounter a sense of deja vu since a new nonprofit to acquire Pacifica‘s assets was already set up in the fall of 2013 under the name “KPFA Foundation” by then national board members Margy Wilkinson and Dan Siegel (with Carole Travis later insisting that she was involved too). Within six months of the establishment of the KPFA Foundation, Wilkinson made herself the Pacifica executive director and installed Siegel as the corporate counsel. In September of 2016, the KPFA Foundation nonprofit was registered with the Registry of Charitable Trusts, an action that is taken 30 days prior to the receipt of charitable assets.  Travis later misinformed the KPFA local board the KPFA Foundation remained a “name shell”. Travis repeated the lie on April 22, 2017 again saying the KPFA Foundation was just a shell, despite a publicly posted filing from six months ago contradicting her on the Registry of Charitable Trusts website.

What Travis is really doing is a bit mysterious. There is no Big Tent Radio nonprofit organization, and the name has not been reserved at the Secretary of State. There is no board to join. Unless the new nonprofit is the activated KPFA Foundation, which Travis continues to deny. According to the papers filed in September of 2016, the KPFA Foundation’s CEO and CFO are attorney Siegel. It isn’t clear why Travis, who claims she helped to set up the KPFA Foundation would be competing with the “catch” organization she already set up three years ago with a new “catch” organization that isn’t set up but suddenly requires a board of Hollywood celebrities.

The Berkeley Siegel/Brazonites have no way to capture Pacifica‘s assets unless Pacifica members assent by vote, new bylaws are put in place to remove the requirement for members to consent to any sale or transfer of significant assets, or the organization is forced into bankruptcy by aggressive creditors or regulators. The multiple catch organizations are predicated on one of those scenarios. The Siegel/Brazon faction’s three year audit debacle and failed negotiations with the Empire State Building were seen by many observers as an attempt to force a bankruptcy outcome. Faction reps from KPFA Jose Luis Fuentes, an associate attorney at Siegel and Yee for a decade,and 2014-2016 national treasurer Brian Edwards-Tiekert waxed from time to time about the benefits of a Pacifica voluntary bankruptcy.

Whichever “catch” organization would benefit from bankruptcy seems poised to remove member and staffer voting rights and return Pacifica to the self-appointed board structure that set off a donor rebellion in 1999 after a decade of labor troubles and program purges in the 1990’s.

A brief clip from the KPFA local station board meeting of April 22 can be heard here. Board chair Travis spoke for well over an hour, repeating and contradicting herself several times, but this selection contains some of the explanations provided during the three hour long meeting.

In other news, San Francisco law firm Dhillon and Smith, known to Pacifica listeners as the law firm that represented former national board members Brian Edwards-Tiekert, Lewis Sawyer and Rodrigo Argueta, as well as program host Mitch Jeserich, in election squabbles in Alameda Superior Court, made an appearance in the Bay Area headlines when Dhillon and Smith sued the University of California at Berkeley for violating hate speech specialist Ann Coulter’s free speech rights by rescheduling a planned speech on the campus due to safety concerns.

Harmeet Dhillon, the founder of the firm, is the chair of the California Republican Party. the spouse of former national board member Sarv Randawa who represented Berkeley’s Save KPFA faction on Pacifica‘s national board for five years from 2004-2008, and said to be a top candidate for a high-ranking appointment in the Trump Administration’s Department of Justice, headed by Jefferson Beauregard Sessions. Dhillon delivered a prayer for Donald Trump at the Republican National Convention addressing him as “a warrior and a leader” following Sessions’ nomination of Trump.

Sessions is well known as one of the only two candidates for the federal judiciary to be rejected by the Senate Judiciary committee in 50 years (in 1986), and was called “a throwback to a shameful era” and a “disgrace” by MA senator Edward Kennedy in 1994. A few days ago, San Francisco City Attorney Dennis Herrera won a nationwide injunction against Sessions’ threats to cut off all federal funding to sanctuary cities, which include San Francisco, Oakland and Berkeley in the Bay Area, as well as Los Angeles, New York City and Washington DC, also homes to Pacifica stations.

If you value being kept up to speed on Pacifica Radio news via this newsletter, you can make a little contribution to keepPacifica in Exile publishing . Donations are secure, but not tax-deductible. (Scroll down to the donation icon).

Started in 1946 by conscientious objector Lew Hill, Pacifica‘s storied history includes impounded program tapes for a 1954 on-air discussion of marijuana, broadcasting the Seymour Hersh revelations of the My Lai massacre, bombings by the Ku Klux Klan, going to jail rather than turning over the Patty Hearst tapes to the FBI, and Supreme Court cases including the 1984 decision that noncommercial broadcasters have the constitutional right to editorialize, and the Seven Dirty Words ruling following George Carlin’s incendiary performances on WBAI. Pacifica Foundation Radio operates noncommercial radio stations in New York, Washington, Houston, Los Angeles, and the San Francisco Bay Area, and syndicates content to over 180 affiliates. It invented listener-sponsored radio.