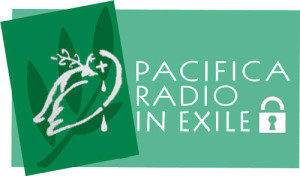 Berkeley – A source who wishes to remain anonymous reported to the NY-based blog WBAI Then and Now , that the 50-year old KPFA reel-to-reel master tapes being sold on eBay.com came from a storage container formerly located in Rosemead, California that was maintained by Pacifica’s national office for over 20 years and it contained thousands of tapes and old folios.

eBay seller “Scoldguy11” who says he is located in Watsonville, CA confirmed that he/she had purchased “an entire storage locker in Southern California”, before cutting off communications with a Pacifica member who had inquired.

The anonymous source indicated that “the tapes on ebay are unique and not copies already in Pacifica Radio Archives collection”.

A look at Pacifica’s financial statements indicate that off-site storage costs had been accrued to Pacifica’s national office division every year until FY 2015 (which began on 10-1-2014) when the accruals mysteriously stopped (about six months after the Siegel/Brazon coup under volunteer ED Margy Wilkinson and CFO Raul Salvador).

The anonymous source says “Pacifica’s National Office  failed to pay the invoice and ignored the late notices and alerts to auction the contents”.